Although Scotland's tartan army won't be able to cheer on Scotland you maybe surprised to know how many of the countries palying have their own tartan.

The South African tartan, part of the 'tartans for Africa' series, was created to strengthen the bonds of friendship between Scotland and Africa and incorporates the colours in the both countries flags.

The Japanese tartan draws inspiration from the country's fascination with cherry blossom and includes pink, white, green and brown colours. The design is called Sakura, the Japanese for cherry blossom. 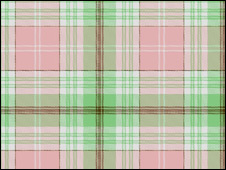 There are currently around 100,000 Argentineans of Scottish descent in Argentina. The Argentina District tartan is based on the Robertson tartan in honour of two Scotsmen, John and William Robertson, who started the first settlement of Scottish immigrants in Argentina in 1825. While Algeria doesn't have it's own tartan, the Algerian footballer and Rangers defender Madjid Bougherra believes that the whole of Scotland will be cheering him and his Algeria teammates on when they play England."Everywhere I go in Glasgow people stop me and tell me to beat England," he said.

In the United States there are around 6 million people of Scottish descent. The American National Tartan takes its inspiration from the American flag. There are also US State and District tartans such as those for Georgia, New York and Idaho.

Spaniards with Celtic roots can choose the "Galicia" tartan. There is also a Espana Spanish Modern tartan. 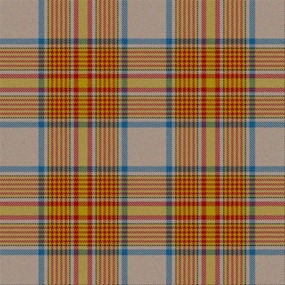 The Duke of Wellington began his Peninsular campaign from Portugal so the "Wellington" tartan is a good choice. 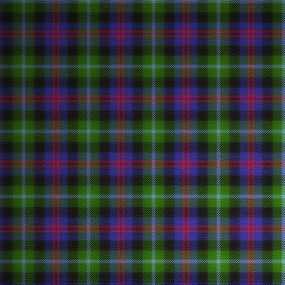 The 'Canadian Centennial Tartan', below serves as a national tartan for all Canadians.

French players and supporters could opt for the Jacobite tartan. The French supported the Stuart cause for decades. French regulars fought to the last at Culloden Moor after the clans had broken and the 'Culloden' tartan would honour those brave soldiers.

For the Germans - Prince Albert, lover of the Highlands and himself a tartan designer, was a German. The "Coburg" tartan was designed to commemorate the Prince Consort.

The 'Dutch' tartan simultaneously represents the House of Orange and the MacKay family who have been prominent citizens of both Scotland and the Netherlands for many generations.

The New Zealand tartan is made up of black grey and white. The black represents the highest achievement of New Zealanders in sport, grey, the multi cultural society and white, the snow-capped Southern Alps. 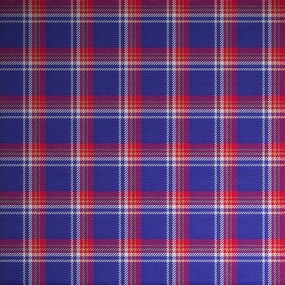 A third-generation Scottish/Italian, has had his design for an Italian tartan approved by the Scottish Tartans Authority. The design features the green, white and red of the Italian flag against the backdrop of the azzuro blue worn by the country's football team.