This August, Scottish and Norwegian teams will battle it out for a place in 2010 World Cup. The World Cup Qualifier will take place on 19 August in Oslo.

Get your match outfit

Both teams are in a group which includes the Netherlands, Macedonia and Iceland. Within the group Scotland are in joint second place and Norway are in fourth place. So how do our chances look? The sides have met nine times over the last 20 years, with Scotland winning four times, Norway winning once and four draws in a row between 1989 and 2003.

The links between Scotland and Norway go back centuries. Shetland was part of Norway until 1469 and there are many words similar to Norwegian in the Shetland dialect. During the second world war a naval detachment known as 'the Shetland Bus' allowed hundreds of Norwegian refugees to flee to the Shetland Islands from occupied Norway.

Trade links have always been strong between the two countries. Today, Norway and the UK have strong common interests in the development of offshore oil and gas resources.

Because of the closeness between the two countries there are many Norwegian Tartans including Pride of Norway below: 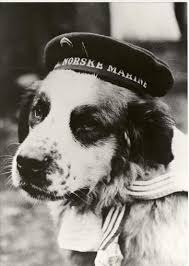