Scottish premier league - no restrictions on the overall number of foreign players, this article takes a look at key players from other countries - between 1989 – 2011 five hundred and fifty five foreign players have played in the Scottish league. There are few restrictions on individual foreign players all those from EU countries as well as those with a parent or grandparent from an EU country are eligible to play and those from other countries can obtain a UK work permit. Rangers have had the greatest number of players from other countries over ninety, with the majority of these coming from France. As well as making their mark in the Scottish Premier League two French players Gregory Tade and Kenny Gillet are helping school children in the Scottish Highlands to learn French. The move has delighted their French teacher who said she couldn’t think of a better way of encouraging the pupils to learn ‘They have been given so much more confidence by speaking to French people’ she added. The two players have found the experience enjoyable Tade said: "I am used to being taught by the gaffer to play football properly and I am back at school to teach kids French, or to encourage them to and Gillet added ‘This is a new thing for me. I try to talk to them and help them as well’. 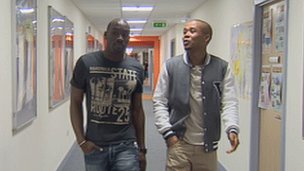 There remain strong links between France and Scotland with many French people residing in Scotland and hundreds and thousands of French people visiting each year. In celebration of the relationship between the two countries those with French ancestry can wear a kilt that reflects their love of both countries. The French supported the Stuart cause for decades and the Jacobite tartan is a popular choice. French regulars fought to the last at Culloden Moor after the clans had broken and the Culloden tartan would honour the role they played. Alternatively they could wear the Auld Alliance tartan which commemorates the Auld Alliance ‘Vielle Alliance’ between Scotland and France Vieille Alliance which played a significant role in the relations between Scotland, France and England between 1295 and 1560. .