A new collection - Old Town Stories -which illustrates Edinburgh's past has been launched. The fascinating collection allows you to explore the heritage and history of auld reekie through an extensive collection of stories, pictures and maps. 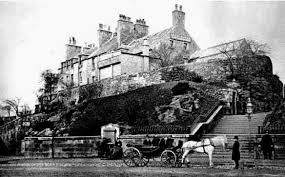 To see how Edinburgh has changed over time, find out more about Women of Achievement and key figures in Scottish history such as Robert Louis Stevenson visit The resource has been put together by Edinburgh's Library and Information Services and focuses on materials from 1850–1900. Those interested in this period can also research clans and tartans which played a significant role at this time. Many clan tartans date from the 19th century. Until the early 19th century, most of the Lowland and Border clans did not identify themselves by specific family tartans other than that of their local district, however after this time they adopted characteristics of Highland culture which they continue to use to the present day.